The Municipal Court is the first level of the judicial branch of government.

The jurisdiction of the Midlothian Municipal Court includes class C misdemeanors occurring within the territorial limits of the City of Midlothian.

The court and all support personnel shall provide equal and impartial justice under the law and process each case efficiently, without delay or unnecessary expense.

In addition, it is the mission of this division to provide a friendly environment responding to the needs of all persons with whom we come in contact. 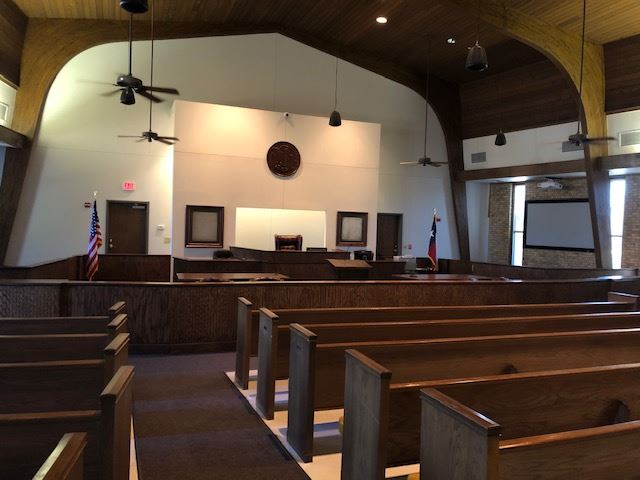 State law requires you to make an appearance on your case.  Your appearance date is 20 business days from when you received the citation, or it is marked on the bond or summons paperwork.  Adult defendants may appear in person or by counsel in open court, by mail, by delivering a plea and waiver of jury trial to the court, or by payment of the fine and costs. Art. 27.14, C.C.P. (Juvenile Appearance).  Telephone contact is not considered an appearance and therefore is not sufficient.  Your first appearance is to determine your plea.

Most violations can be taken care of at the court window Monday-Friday 8:00 am - 5:00 pm.  If you feel that you must speak to the Judge about something specific, you must appear by the answer date on citation to set up a hearing.  If a defendant fails to respond to his/her charge on or before the appearance date on the ticket, additional fees and charges may be filed, your Texas driver’s license may be suspended or denied, and an arrest warrant may be issued.

Under our American system of justice, all persons are presumed to be innocent until proven guilty. If you plead guilty or nolo contendere in open court you should be prepared to pay the fine and court costs.

1.    The state has the burden of proving that you violated the law (the law does not require that you prove you did not violate the law);

2.    You have the right to hear the State's evidence and to require the State to prove you violated the law; and

3.    A plea of guilty may be used against you later in a civil suit if there was a traffic accident. For example another party can say you were at fault or responsible for the accident because you pled guilty to the traffic charge.

The term nolo contendere comes directly from the Latin phrase meaning "no contest". In municipal courts, you will also hear simply "nolo" or "no contest" which mean the very same thing, and you should feel free to use those terms if you choose.

A plea of nolo contendere means that you do not contest the State's charge against you. You will be found guilty, unless you are eligible and successfully complete a driving safety course or deferred adjudication. Additional information about requests for driving safety course and deferred adjudication is provided under the topics titled "Probation or Deferred Adjudication" and "Driving Safety Courses or Defensive Driving".

A plea of nolo contendere cannot be used against you in a subsequent civil suit for damages should one arise from the violation with which you were charged.

Plea of Not Guilty

A plea of not guilty means that you are informing the Court that you deny guilt, or that you have a defense in your case, and that the State must prove what it has charged against you. If you plead not guilty, a date will be set for your trial and you will need to decide whether to hire an attorney to represent you. As in all criminal trials, the State is required to prove the guilt of the defendant "beyond a reasonable doubt" of the offense charged in the complaint before a defendant can be found guilty by a judge or jury. Additional information about trials is provided under the following topics "The Trial", "Presenting the Case" and "Judgment and Verdict".

Nothing contained herein is intended to be nor should be construed as legal advice and should not be relied upon as such.

If you receive a “no unpaid violations are eligible for payment on online” reply, please check to be sure you are using a capital ‘E’ with the remaining numeral digits.  On Commercial Vehicle Citations select the drop-down arrow and select Driver’s License.

Note: If you are experiencing difficulties paying online,  it is your responsibility to contact the Municipal Court to ensure your citation is taken care of in a timely manner.